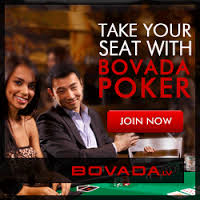 Want to become a better player, fast? Follow these tips to boost your poker performance.

Probably the number one mistake beginning poker players make is that they play far too many hands. When you’re just starting out playing poker, you want to play poker, and that means staying in hands that aren’t very good just to be part of the action. But playing more doesn’t mean winning more, it usually means losing more. If you find you’re staying in half or more the hands you’re dealt, you need to upgrade your starting hand requirements.

There are nights where you’re just playing with friends for low stakes and it’s more about the fun than the poker – but if you’re in a casino, watch the alcohol.

A lot of beginner’s understand that bluffing is a part of poker, but not exactly how. There’s is NO rule that one must bluff a certain amount or at all during a poker game, but many players don’t feel like they’ve won unless they’ve tried a poker bluff. It’s better never to bluff than to bluff “just to bluff.”

4. Don’t Stay in a Hand Just Because You’re Already In It

Another common mistake beginners make is to think that “Well, I’ve already put that much in the pot, I have to stay in now.” Nope. You can’t win a pot just by throwing money at it. The money you’ve already put in the pot isn’t yours anymore, and you can’t get it back just by playing a hand all the way to the end.

5. Don’t Call at the End of a Hand to “Keep Someone Honest”

This one follows the last tip. I see a lot of players look at another player’s final bet, look at the hand, say “I know you’ve got me, but I have to keep you honest,” as they throw in a final call. It may be worth it to see if a player really has the hand if you’re not sure you’re gaining information that will help you later on, but if you really feel a player has the hand he’s representing you’re beat, why give him another pile of your money? Those bets will add up over an evening.

6. Don’t Play When Mad, Sad, or in a Generally Bad Mood

When you play poker, you shouldn’t do it to escape from being depressed or having a really bad day. You start out on tilt — playing emotionally, not rationally — and you won’t play your best. Fellow players will sense your mood take advantage of it.

7. Do Pay Attention to the Cards on the Table

When you first start playing, it’s enough just to remember how to play and pay attention to your own hand. But once you’ve got that down, it’s incredibly important to look at what’s going on at the table. In Texas Hold’em, figure out what the best possible hand would be to fit the flop. Make sure you notice flush straight possibilities. In 7-card stud, pay attention to what’s showing what people have folded when you consider calling opponents.

8. Do Pay Attention to the Other Players

As you play, one of the single best things you can do is observe your opponents, even when you’re not in a hand. If you know if one player always raises in a certain position, another has a poker tell when he bluffs, a 3rd folds to every re-raise, you can use that information to help you decide how to play against them. Once you know that player 3 always folds to a re-raise on a river, that’s when you can bluff steal a pot.

9. Don’t Play at too High Limits

There are many reasons people move up to a higher limit game than they usually play. Good reasons like they’ve been winning consistently at a lower lever are ready to move up, bad reasons like the line is shorter for higher limits or you want to impress someone. Don’t play at stakes that make you think about the actual money in terms of day-to-day life or with money you can’t lose. Even if you had one super-good night at $2/4, resist the urge to play $5/10. The next tip explains more why.

10. Do Pick the Right Game for Your Skill Level Bankroll

One of the reasons you shouldn’t jump into a $5/10 game after winning a huge bunch of money at $2/4 is because as the stakes rise, so does the average skill level of the players sitting there. You want to be one of the best at the table, not the fish who sits down with sharks. If you’re making stacks of money at a lower level game, why move? You’re winning stacks of money. The swings up down at higher limits are much bigger, and one big night’s win won’t last long at a high-stakes game.